Building Relationships, Trust, and Dreams Since 1993 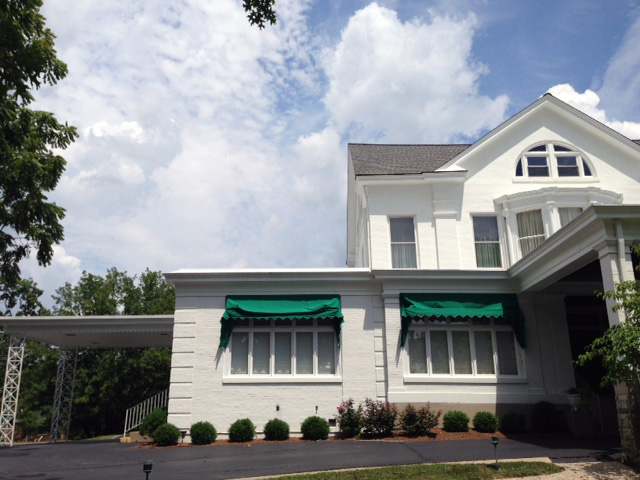 When lightning struck, they called Cutter

Posted on by Seth Cutter

Most often, when people in Northern Kentucky and Greater Cincinnati think of Cutter Construction, their minds might immediately say “custom homebuilder,” “remodeler,” or even “that guy with the bright-colored hooded sweatshirt on cable TV.” Last Friday, though, when our long-time friends had a bolt of lightning crack their chimney, they thought of us as the ones to call in a bind when they needed a job done quickly—and right. 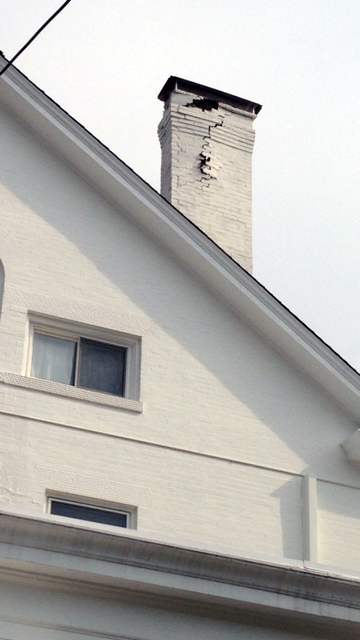 A series of bad storms rolled through Northern Kentucky on Friday afternoon, July 19, and lightning severely damaged a chimney on the roof of the Dobbling Funeral Home in Fort Thomas, Kentucky. When the Dobbling’s came home on Friday and realized what had happened, they called their insurance company who told them to get a contractor to address this emergency as the structure had been in place since the late 1800s. When Jim got the call from Lorna Dobbling, he was on the scene within 45 minutes.

“We called a few contractors, but Jim showed up right away,” Lorna remarked. “I can’t tell you how thankful I was that he came right out.”

After assessing the damage, Jim quickly put a weekend team together since the chimney was unstable to the point of collapsing off the roof, a potential fall of more than 40 feet and a risk of causing even more headaches.

“Assembling a group to do this repair on such short notice—really once the weekend had already begun—was a challenge, but I knew we could do it,” said Jim. “What made things more interesting on Saturday morning was that as soon as we had the chimney strapped down and were taking it apart, brick-by-brick, the weather turned bad again.” 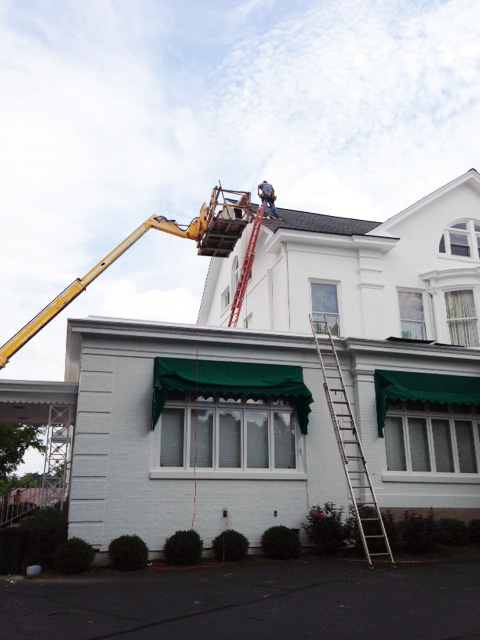 “Despite Saturday’s storms, too, I just felt this incredible sense of relief on Sunday when Jim and his team showed up at 8am and got the job done a few hours later,” said Lorna Dobbling. “And since the chimney wasn’t being used anyway, Jim went ahead and framed and shingled the roof for us; by the end of the day, it was like it was never even there. It was amazing work done so quickly.”

What the Cutter team excels at is doing a job right. Normally, we can avoid such tight time constraints, but emergencies are emergencies. As problem solvers, we couldn’t leave our friends without a solution, so we found the manpower to get the job done. Now, the Dobbling’s home and business, which has been in the family for more than three generations, is as good as new, and everyone is sleeping easy.

“I couldn’t sleep Friday night with the chimney and roof like that,” Lorna remarked. “But my trust in Jim and the Cutter team was well-placed; they cared about us and stayed with us through even more bad weather. By the end of this, I was just so thankful we have someone in our community like Cutter.”

“I always say no project is too big or small for us,” said Jim. “This is a great example of that, but I just hope people see this and realize we will do everything we can to reassure and meet the needs of every customer. Building that trust is what we are all about.”